What I've been up to (Cake pictures!)

A friend of mine was getting married, and we found out that she didn't have a cake, so we offered to make one. This is our first big cake, but we wanted it to be nice. She liked it.
The wedding cake is by no means perfect. This was my first time covering a tiered cake in fondant. As you can see, there are some flaws. I did better with the baby shower cake. One of the issues with the wedding cake was that my crumb coat was much too thick. I thinned it out with the baby shower cake and it looked much better. 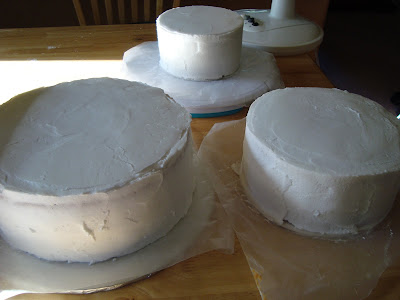 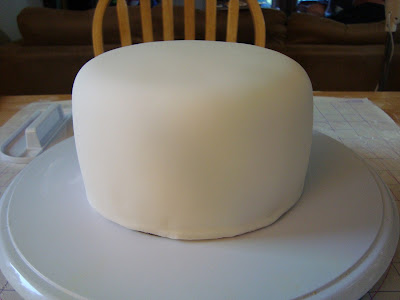 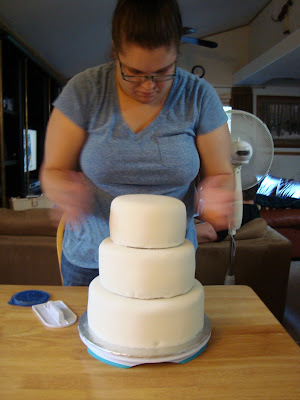 There are dowels in each layer of the cake to help support the weight. Cakes were left on cake boards to ensure easy removal. 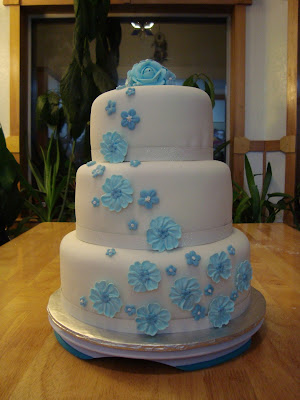 The ribbon is not edible. It is crafting ribbon from Joann's. 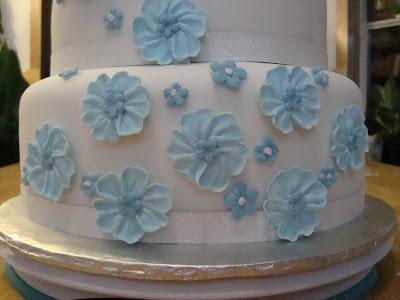 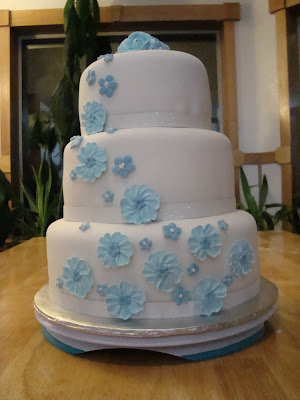 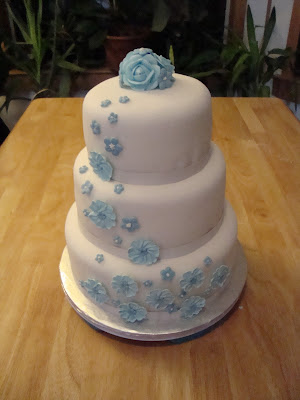 The topper is made of royal icing roses with small flowers placed in between to cover gaps. We piped icing in the middle to attach them and keep them stable.

We made a baby shower cake for a friend. All decorations are made out of fondant. The cake was white cake with raspberry filling. Very light buttercream crumb coat, obviously covered in fondant. We did not make the fondant, it's boxed Wilton fondant.

Blocks were made by taking a toothpick and dipping it in food tint (gel color) mixed with a very small amount of water. Then we pressed the toothpick down in the block to make letters.

Decorations were attached using buttercream frosting in a piping bag. Flowers are from a fondant mold by Wilton. 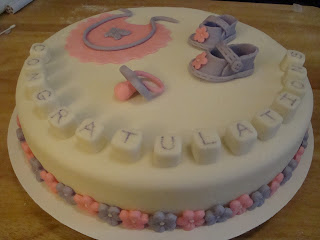 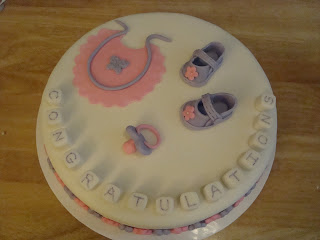 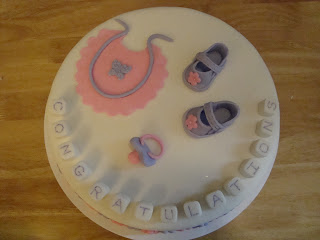 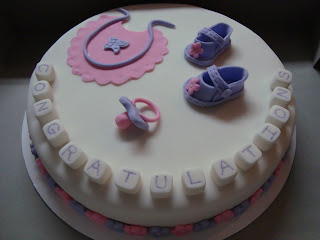